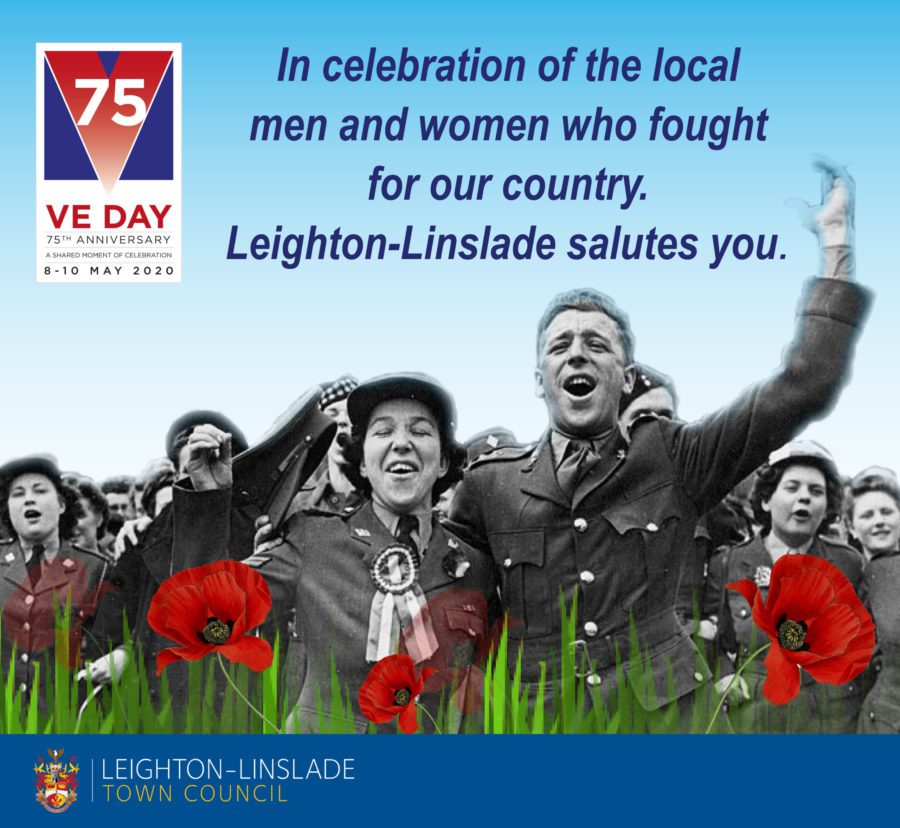 The 8th May 1945 saw Winston Churchill, the British Prime Minister at the time, announce the surrender of the Nazis and therefore the end of the war in Europe.
Known as VE Day (Victory in Europe Day), the day paved the way to the end of World War 2 and is celebrated annually; not only for the freedom we all now enjoy, but to remember those who lost their lives or were injured to secure that freedom.

With the current restrictions in place to address the Covid-19 pandemic, this year’s planned events to mark the 75th anniversary weren’t able to go ahead, but that didn’t stop the town from digging out the bunting and celebrating at home.

Here’s how we at the Town Council marked the occasion..

As part of the celebrations for VE Day 75 the Nation’s Toast was originally going to take place in pubs across the country at 3pm, to remember those who made the ultimate sacrifice or were wounded during World War 2. Whilst this was no longer an option, our Mayor stepped up to lead the Town’s Toast via our social media channels, encouraging everyone to join from homes, gardens, balconies and doorsteps.

Watch the Mayor delivering the Town’s Toast: “To those who gave so much, we thank you.”

Following the Toast, thousands of pipers in towns and cities around the world planned to play ‘Battle’s O’er today’; a traditional air performed on the bagpipes at the end of a battle. It was also planned for pipers to play from the four highest peaks in the United Kingdom. In order to observe social distancing measures, James Reid pre-recorded a performance for us to enjoy at 3.01pm immediately after the Toast. Listen to ‘Battle’s O’er today’.

Following this, James’s pre-recorded version of the tune ‘VE 75 Years’ was played. This composition marks Winston Churchill’s announcement made at 3pm on 8th May 1945, declaring that the war in Europe was over. Listen to ‘VE 75 Years‘. 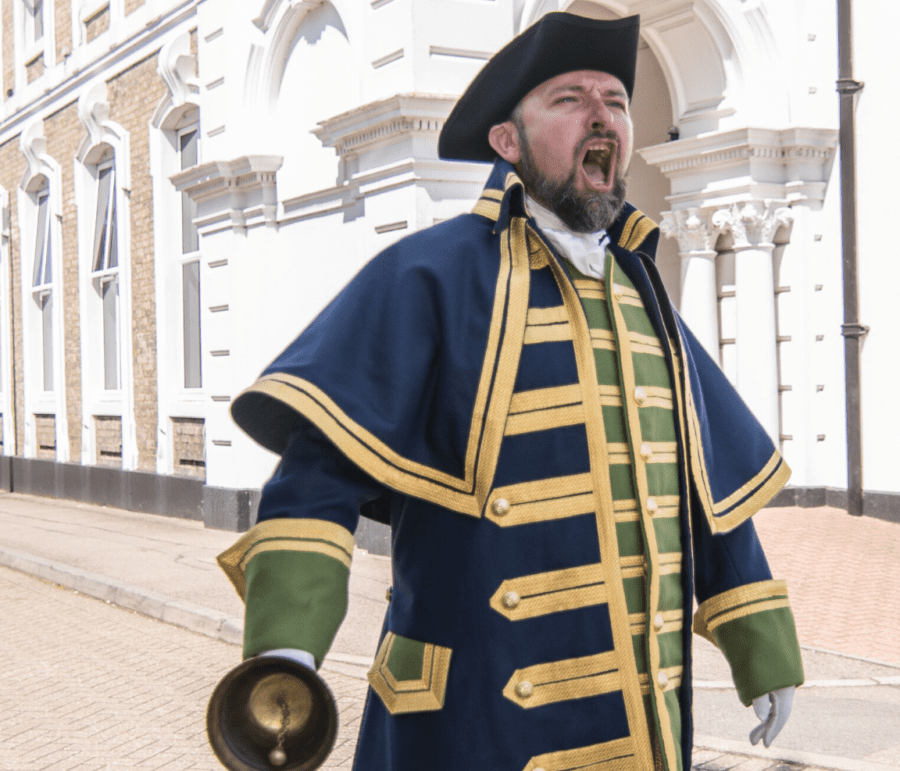 Plans for Town Criers and others around the world to take part in an international cry for peace at 6.55pm weren’t thwarted, as our very own Town Crier kindly pre-recorded the cry for us so to share with the parish via social media channels. Listen to ‘Cry for Peace’. 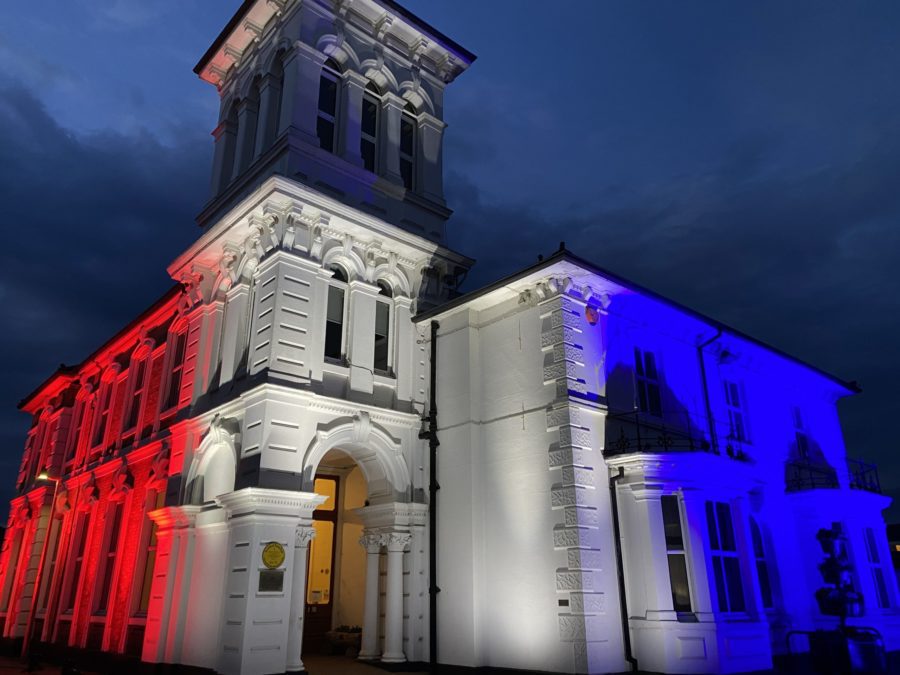 At 9.30pm we proudly floodlit our offices at the White House in Hockliffe Street in red, white & blue to remember all of those who made the ultimate sacrifice and to those wounded during World War 2.

Plans to celebrate VE Day with the Rotary Club of Leighton-Linslade as part of the weekend were again, not able to go ahead. However, we were still able to reflect, give thanks and celebrate within our homes and gardens to mark 75 years since the end of the War in Europe and ultimately, World War 2.

The Town Council would like to thank everyone for observing the Government’s Guidelines and staying at home.

Services were planned to take place across the country in cathedrals and churches in celebration of the peace which we share today. Instead of this, some of the veterans of VE Day decided to share their stories of what it was like to live and work during World War 2. Read the veterans’ stories. 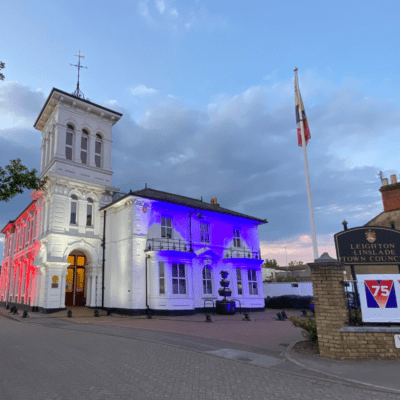 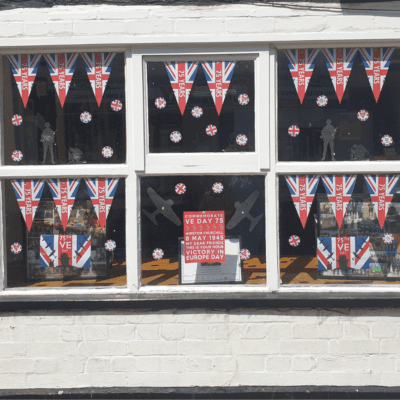 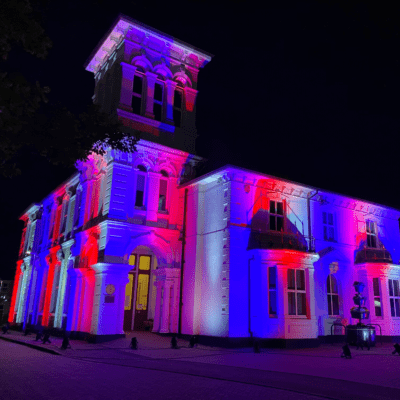