John Pouchot (known as Jack) became the youngest ever recipient of the Distinguished Conduct Medal for his gallant efforts to save the life of a comrade in the trenches of the First World War.

He grew up at the Top Bell with his mother Emily. She raised him alone while serving as the landlady of the pub, then known as the Bell Hotel. Emily tragically died in a fire at the pub in 1911. Later, while in foster care, Jack signed up to the Queen’s Westminster Rifles even though he was considerably underage. The Military Honour bestowed on him came when he was just 16 years old.

A corporal had been shot by German snipers while collecting water and 50 yards away from danger in a trench, Jack crawled to his aid with a fellow Rifleman called Tibbs. Tibbs was shot and died.

Jack worked frantically to save the corporal and only left his side when he died and was ordered back to the trench. His act of valor would not be forgotten.

Later he served in the Royal Air Force but was shot down and killed, a little over a month before war would end. Lieutenant John ‘Jack’ Pouchot DCM, of 56 Squadron RAF, died aged 20 on 5 October, 1918 during a bomber escort mission near Le Cateau in Northern France.

His age was given by the Commonwealth War Graves Commission as 20, but he was in fact only 19.

The Top Bell pub dates back to at least 1483 and Emily Pouchot acquired the premises from her husband when they separated in the 1900s.

The fire in 1911 was sparked by a faulty oil lamp and quickly spread. Barmaid Hetty Mason placed herself in great peril to try to save her landlady’s life by wrapping her in a tablecloth, burning herself badly in the process. Sadly, Emily would die from her injuries.

The fire spread to the neighbouring ironmongers and butchers but tireless efforts from firefighters eventually calmed the blaze. Despite the extensive damage, the pub still stands today. 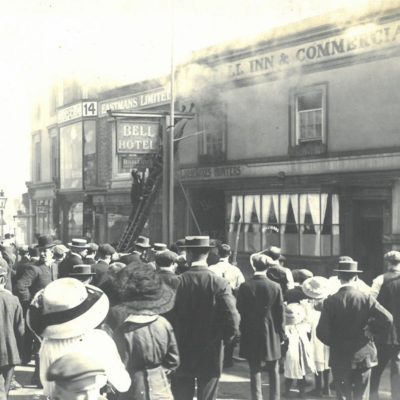 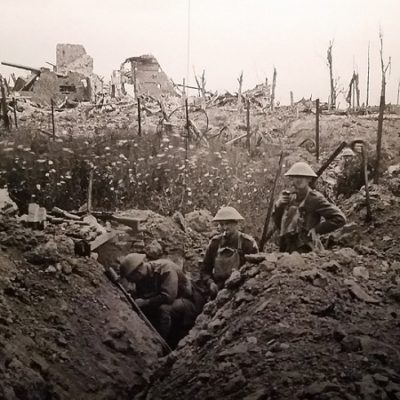