Strolling down Leighton Buzzard’s High Street into the wide Market Square takes the visitor through a thousand years of history. The town had the most valuable market in Bedfordshire before William the Conquerer invaded in 1066.

Many of the shop fronts today are on the same plots as those when the original market place was laid out. These long thin strips with alleyways in between allowed room for workshops and living quarters behind the narrow frontages. The layout was designed to give as many tradesmen as possible access to the crowds thronging the twice weekly markets.

Church Square and Bridge Street go further back in history. These are the sites of the original Saxon town on a bluff overlooking the river. The town’s market then would have been smaller, sited in the traditional place outside the churchyard gates.

At the the edge of the Saxon town the River Ouzel that now runs through the middle of
Leighton Buzzard and Linslade was for more than 1,500 years an important barrier, boundary, and sometimes even a border between peoples. The river was on the front line when Britons fought off invading Saxons in the fifth century and then again four hundred years later when the Saxons faced the aggressive Vikings. 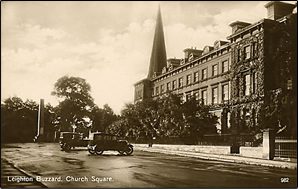 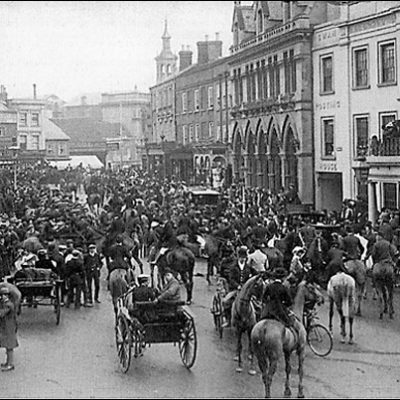