Hilda and Edith, The Dickinson Sisters

They witnessed the horrors of the First World War, but the Dickinson sisters never flinched from their duty – going to extraordinary efforts to support troops battling on the front line.

Exchange Parade; The ‘Corn Exchange Building’ which once stood here until its demolition in 1968. During the Great War home to a temporary hospital teaming with Red Cross volunteers such as Hilda and Edith Dickinson.

The Dickinson Sisters had their dedication to the war effort rewarded with military honours recognising their unwavering courage. They served together in Belgium and France as VADs (Voluntary Aid Detachments) driving ambulances behind the front line, building treatment centres and practising first aid on the wounded while shells and bullets rained overhead.

The sisters, whose mother lived in a cottage on Heath Road, were not trained nurses but they were taught to move, feed and tend the sick, including preparing splints and bandaging wounds.

Edith would go on to trek some 800 miles across the mountains with the retreating Serbian Army, pushing herself close to starvation in order to fulfil her duty. She was decorated with the Order of St Sava, a prestigious honour bestowed by allies, The Kingdom of Serbia.

Hilda was decorated for bravery in Belgium and was also awarded the Croix de Guerre – a French honour for individuals who distinguish themselves by acts of heroism. It recognised the extreme lengths she went to driving an ambulance under fire to rescue the wounded during the bombings of Arques, northern France, in May 1918. They would write letters home to their mother from the front line, light-hearted in tone but tinged with tragedy.

Many VADs refused pay, simply proud to volunteer in the face of unimaginable terror. From Leighton Buzzard all but one, who died of an illness, remarkably appeared to have survived the conflict.

This building lasted as a hospital for a few months before a bigger one opened in Aylesbury. The Corn Exchange was built in 1864 during a boom in the grain trade. Eighty years later the industry collapsed, and it was saved for the town by MP and banker Francis Bassett. It has since been a ballroom, courtroom, an auction house, wine bar, cinema, hospital, factory and even a secret communications centre. 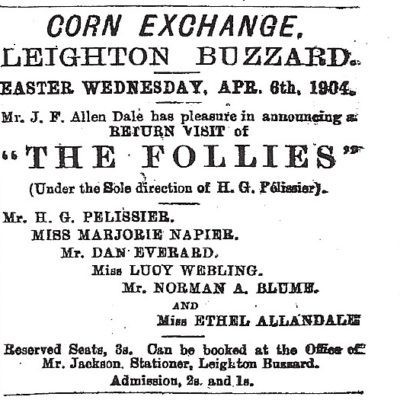 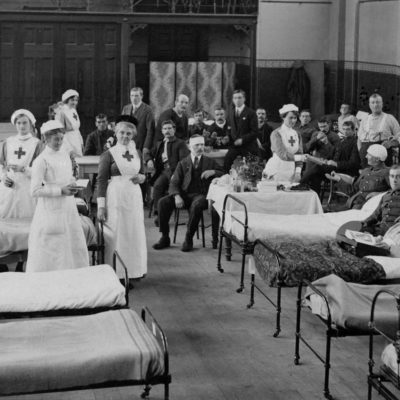 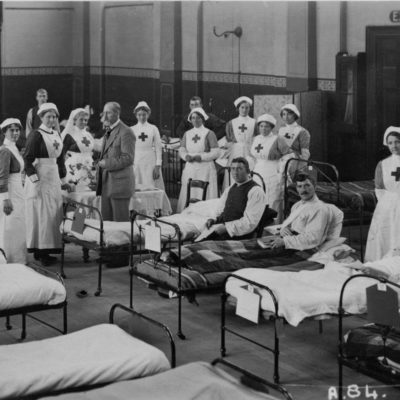 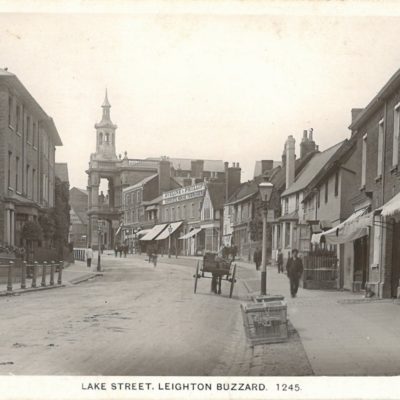