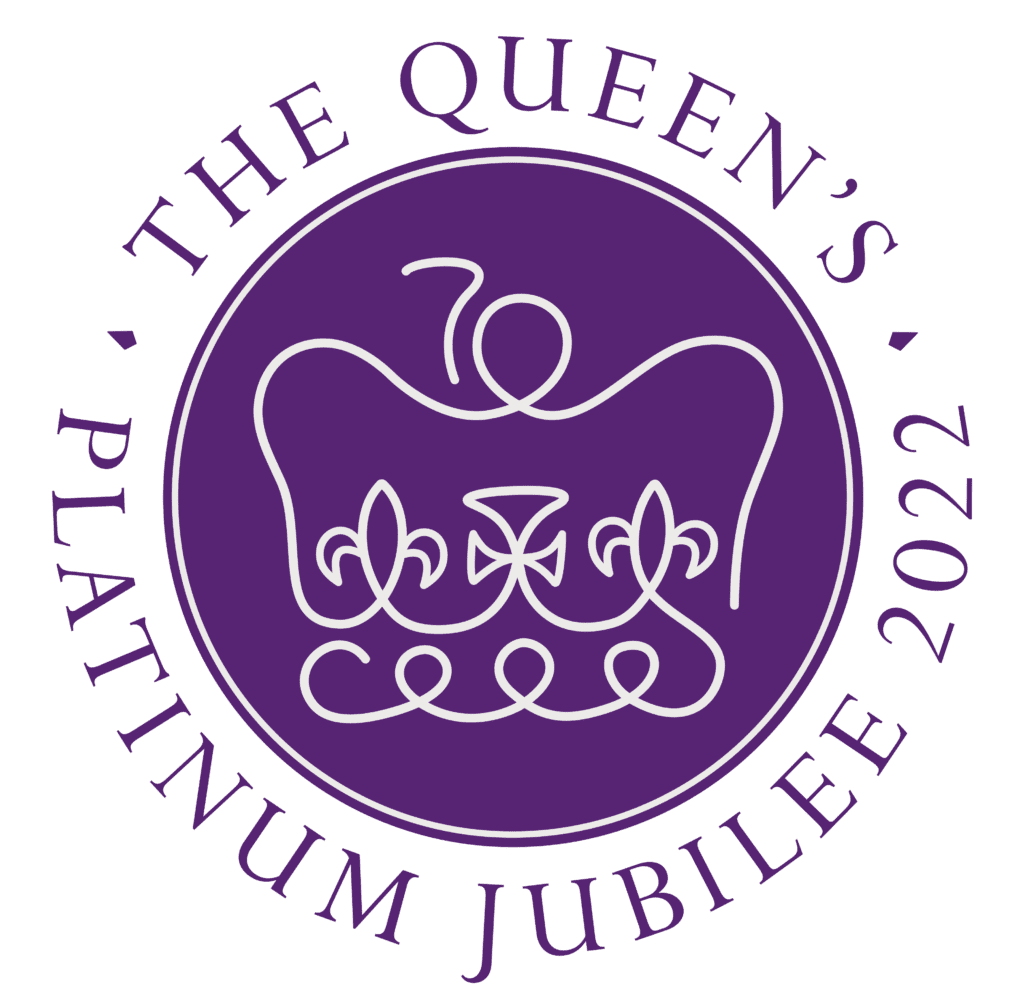 On 6th February this year Her Majesty The Queen will become the first British Monarch to celebrate a Platinum Jubilee, marking 70 years of service to the people of the United Kingdom, the Realms and the Commonwealth.

To celebrate in Leighton-Linslade

At 2pm hundreds of town criers and 50 pearly Kings and Queens will announce a specially written Proclamation heralding the lighting of the beacons later that evening.

At 9:40pm buglers linked to local beacon lightings across the UK and the capital cities of the Commonwealth will officially announce the lighting of the beacons with a specially written bugle call, entitled Majesty.

At exactly 9:45 the beacon will be lit, this will be followed by a firework display to music.

Sun 5 June – The Big Lunch Food Festival and the first band concert of the season. Leighton-Linslade will be taking part in a specially designed augmented trail to celebrate the Queen’s Platinum Jubilee.

The Trail is a Free digital experience where players visit 7 characters that have come to life from Buckingham Palace and are visiting Leighton Buzzard on a day out.

Lead by Barnaby Beacon you will find each character dotted around Leighton Buzzard High Street. When you spot each of the 7 characters, you can scan the unique QR codes to engage with the story and answer questions to choose how it progresses. You will get to learn about a different decade in Her Majesty’s 70 year reign from each character.

Finally, you will also be able to engage with the characters as they come to life in Augmented Reality.

Are you ready? Take part now..

What's on in Leighton-Linslade?

A short service of thanksgiving for the Queen’s service with Music, Hot and cold drinks and cake. Held at Astral Park Sports & Community Centre Sun 5 June 10:00-11:30am
Church of the Good Shepherd Jubilee Celebration

Music in the Park

Taking place in Parson's Close Recreation Ground on Sunday Afternoons between 15:00 - 17:00.
Music in the Park

Plans announced by the Royal Family

Plans announced by the Royal Family can be found on the official website. You can also download your guide guide to taking part.

To mark Her Majesty’s Platinum Jubilee a nationwide baking competition sets out to find a brand new pudding dedicated to The Queen. The Big Jubilee Lunch and Fortnum & Mason are inviting applications from UK residents aged 8 and over to create the perfect Platinum Pudding recipe.

Our augmented reality trail in Leighton Buzzard High Street in celebration of the Queen’s Platinum Jubilee is NOW LIVE!

Find Events near you

Ready to start planning your weekend? You can search for events throughout the UK on the official website.

Thinking of hosting a street party?

The UK has a long history of organised street parties to celebrate national events. Why not organise one for your neighbours for the Platinum Jubilee? You’re welcome to host parties right across the bank holiday weekend, or as part of The Big Jubilee Lunch (see below). Read guidance on how to host a street party.

2022 is set to be a year of celebrations to remember as the UK hosts the Birmingham Commonwealth Games, The Queen’s Platinum Jubilee and Unboxed, bringing people together and inspiring the next generation.