Hubert Griffin’s name may not be on this War Memorial, but his role in raising the morale of troops fighting around the world should not be underestimated.

Despite his efforts to the contrary, Bert was too old to sign up to fight in the Second World War. He was a skilled electrician, and ran his electrical contracting business from Beaudesert Works whilst his brother ran the electrical shop in the High Street near the entrance to Waterborne Walk, but his passion was photography.

In 1939 the amateur snapper signed up to the ‘Snapshots from Home’ scheme, run by the YMCA. It was a simple yet effective idea – servicemen would request a photo, volunteer photographers would take pictures of their families and send them out to troops via the YMCA HQ in London.

Bert would unselfishly travel the wider Leighton Buzzard area, sometimes as far as Luton – taking pictures of families that would bring joy, comfort and a ray of light into the darkness of the front line. He was given film and printing paper but the cost of travelling on the bus came out of his own pocket.

He received countless thank you letters from servicemen and their families, including several from servicemen who’d never seen their children, born while they were fighting, one such letter said…

“I have to thank you for forwarding the photos … They are very good and were more especially appreciated by myself in that they arrived on the eve of my baby daughters first birthday. As I have never seen my baby you can imagine how I look forward to any photos of her and you will see that the ones you sent were indeed a source of real pleasure to me.”

“Your offer to take our photo came at a moment when I was feeling very down about things and you’ve no idea [how] that cheered me up and [I] assure you it will have an ever greater effect on John”.

The monolith of the War Memorial in front of you is made from the largest single block of granite ever mined in Britain. It took three days to erect and was unveiled on Armistice Day 1920. Added to the original 171 names of the fallen have been those who died in the Second World War and one who died in the Korean conflict. 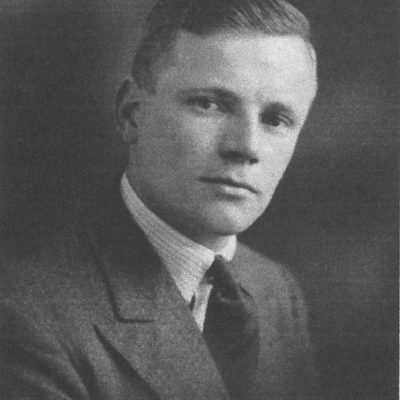 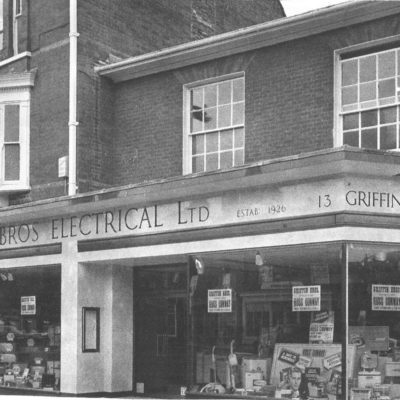 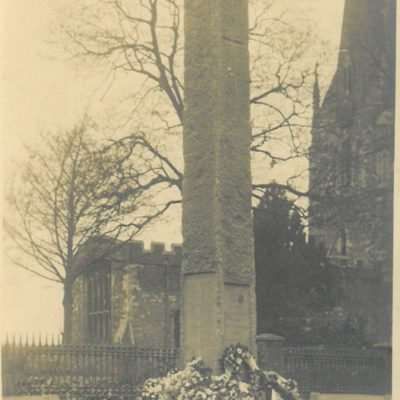 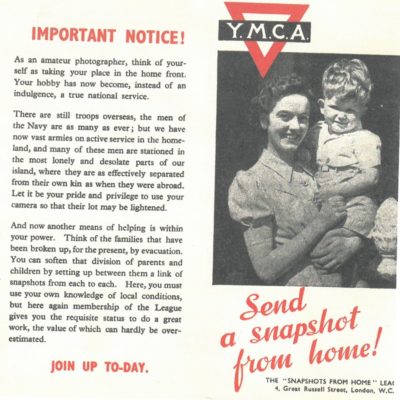